As many as 410 million people could be vulnerable to rising sea levels by the end of the century.

Rising sea levels this century could cost as much as $5.5 trillion, according to the OECD.

From China to Senegal, countries are coming up with innovations including floating cities, and sponge cities, to adapt to climate change and protect people and property from flooding.

By the end of the century, as many as 410 million people could live on land lower than 2m above sea level - and be at risk of coastal flooding as sea levels rise.

This is according to a 2021 study in Nature Communications, which used satellite Light Detection and Ranging (LiDAR) data to create a global model of land elevation.

Climate change is causing global temperatures to rise, which makes ice sheets and glaciers melt, and seawater to expand as it warms. Since 1993, sea levels have risen by around 10cm. 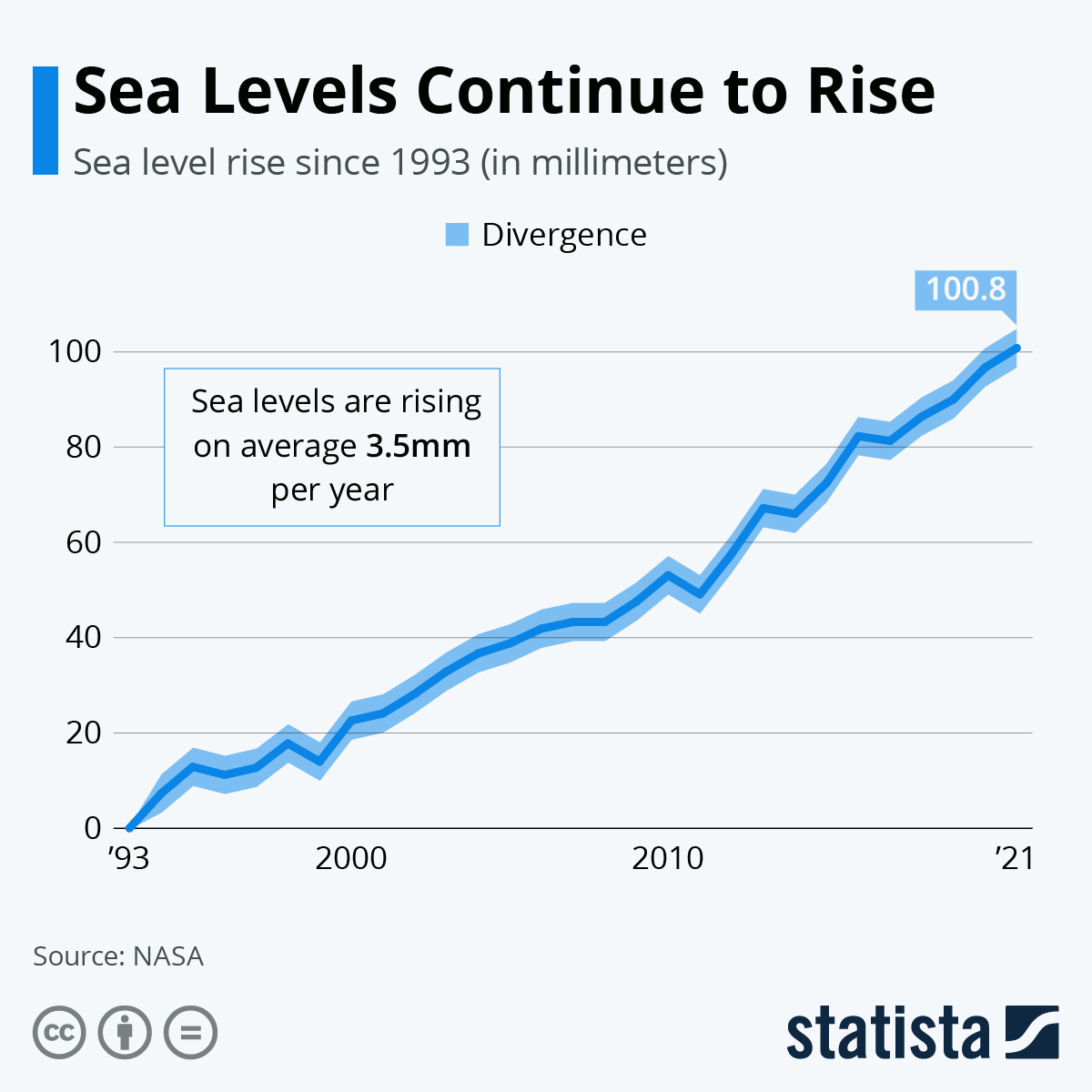 Damage caused by rising sea levels this century could cost as much as $5.5 trillion, according to estimates in 2019 from the Organisation for Economic Co-operation and Development (OECD).

So what are countries doing to adapt to rising sea levels? 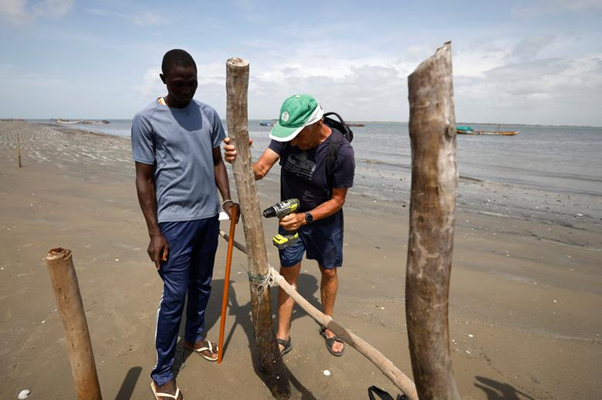 Volunteers, Patrick Chevalier, 69, a retired economist, and Gilbert Bassene, 37, a primary school teacher, fix a wooden spike to construct a Maltais-Savard Ears System used to hold back sediments and counter the erosion of the shoreline during low tide in Diogue island, Senegal July 14, 2022. Image: REUTERS/Zohra Bensemra

On the southern Senegalese island of Diogue, a simple method of driving stakes into the shoreline is helping to protect the islanders from high tides which sometimes wash through their homes, according to Reuters.

In 2017, coastal degradation cost Benin, Ivory Coast, Senegal and Togo a total of $3.8 billion, according to the World Bank. 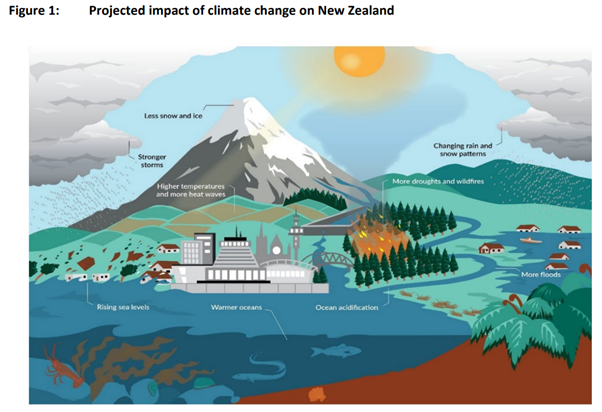 The city of Wellington in New Zealand has created a digital twin, a virtual model of the city, that can show decision-makers and residents how climate impacts like sea level rise will affect it - and crucially, how policy can help.

The City Council won the Bloomberg Global Mayors Challenge in 2022 and will be expanding the project with the $1 million prize fund to fully engage the community in helping to co-design climate change adaptation solutions.

With one in seven New Zealanders living in flood prone areas, the Māori often most affected, and the frequency of once-in-a-century flooding expected to occur every year by 2040, the government published its Draft National Adaptation Plan in May 2022.

3. Floating homes in the Maldives

The first block of floating homes in the Maldives Floating City is set to open to the public in August, after Netherlands-based firm Dutch Docklands were given the go-ahead to start construction in June 2022.

More than 80% of the archipelago of 25 coral atolls lies at less than one metre above sea level. It will take up to five years to complete the housing project based in a lagoon 15 minutes boat ride from Male.

When complete, there will be 5,000 housing units, tethered to the lagoon floor and linked together to create a safe environment designed to float on rising sea levels.

Other countries are also experimenting with floating homes as a way to tackle the issue, including South Korea, which unveiled the ‘world’s first floating city’, OCEANIX Busan at the UN headquarters in New York in April 2022.

Denmark, Germany, the Netherlands and the United Kingdom are among countries that have strengthened design standards for building and coastal infrastructure to tackle future sea level rises, according to the OECD’s Responding to Rising Seas report.

Sea walls, surge barriers, water pumps and overflow chambers to keep water out are among the coastal defences being used. 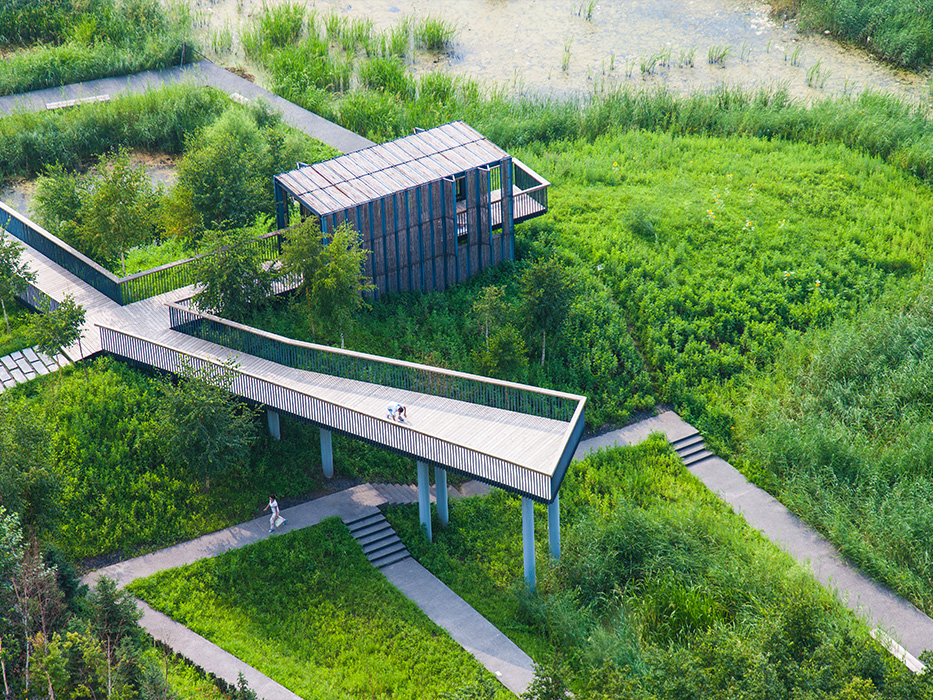 Since 2014, China has been pioneering a sponge city initiative, which was the brainchild of Kongjian Yu, dean of Peking University's College of Architecture.

He argued that using water management systems from European countries which generally see less rainfall, were causing catastrophic flooding. Instead, he said cities should use natural resources, such as wetlands, vegetation and open areas, to absorb and dissipate water.

Around 641 of China’s 654 largest cities are regularly affected by flooding, especially those on the coast. The sponge strategy now requires that 80% of all urban land is able to absorb or reuse 70% of storm-water.

Natural solutions, including restoration of mangroves and wetlands, are increasingly part of the mix of attempts to mitigate the impact of sea level rise and protect cities from being inundated with flood water.

In the United States, tidal marshes are being restored around San Francisco Bay to reduce the impacts of storm surges and erosion. 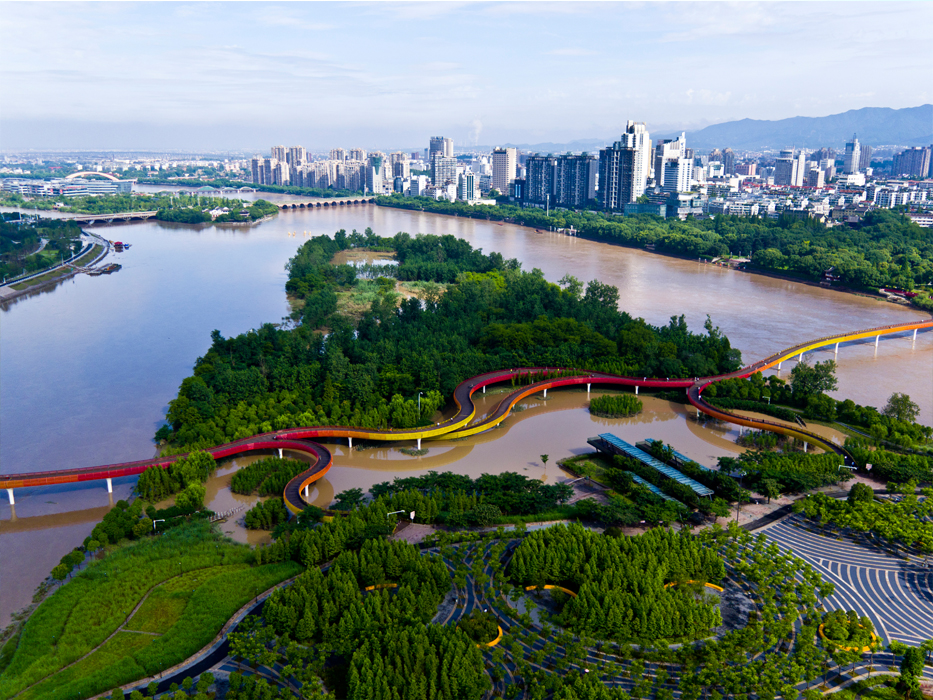 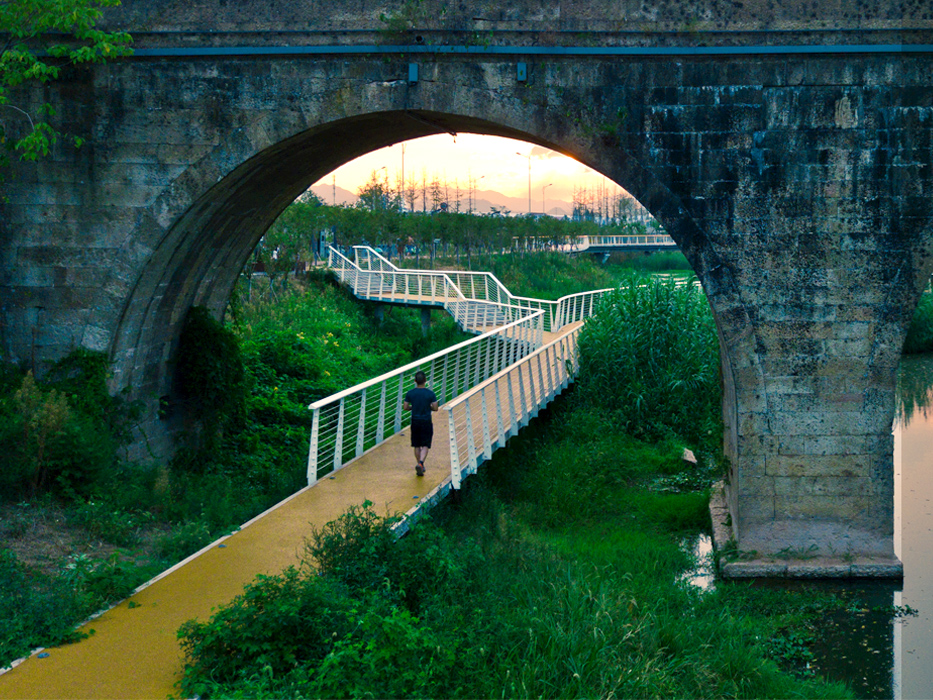 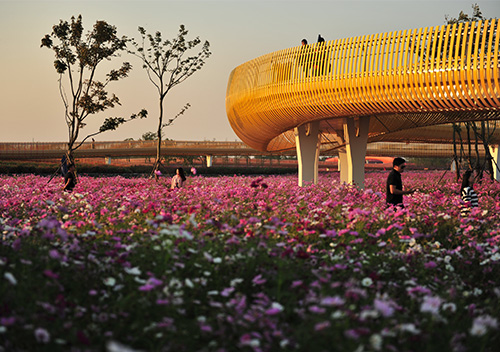