In an era of unpredictable weather and increasing flooding around the globe, urgent solutions are needed. Landscape architect Dr. Yu Kongjian thinks cities can do a better job of being less at odds with nature and their surrounding environments. In response, he advocates the creation of “sponge cities.”

A “sponge city” is one that is designed to retain, clean, and reuse stormwater. Unlike concrete pavements that separate water from the natural ecosystem, sponge cities utilize natural wetlands to absorb water into the soil before it can flow into urban streets, therefore providing a water-resilient threshold. In the past two decades, the model has gained huge support in his home country of China, and today Yu and his team have completed some 500 sponge city projects in cities around the world. 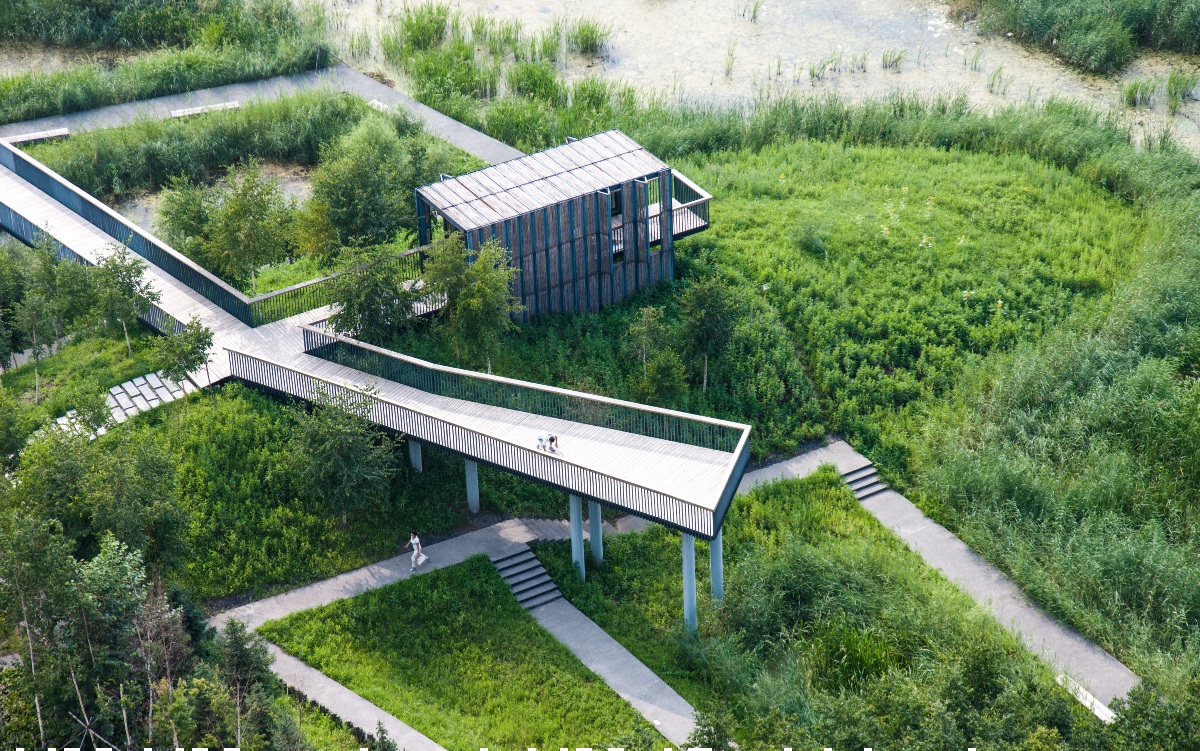 When Yu returned to China in 1997 after receiving his PhD from Harvard, he observed that flooding was becoming increasingly prevalent across Chinese cities. He resolved to experiment with new ways to deal with flooding, while also borrowing from time-tested “peasant farming techniques.” He cites irrigation systems such as mulberry fish ponds as examples of how ancient China used nature-based approaches to solve ecological problems.

A year later, Yu founded the architecture studio Turenscape to promote the model throughout the country. (He also established what would eventually become the College of Architecture and Landscape Architecture at Peking University.)

Although the majority of sponge city projects draw from the same model, each project “has a different focus,” according to Yu.

In China’s northeastern city of Harbin, for example, Yu and his team revitalized a dying wetland surrounded by roads and big development projects in the city’s center. Using a cut-and-fill strategy to create ponds and mud flats around the existing wetlands, his studio transformed the area into a landscape that lives in concert with its surroundings and can simultaneously solve urban flooding problems, as well as increasing biodiversity. Named the Harbin Qunli National Urban Wetland, the project received an award from the American Society of Landscape Architects — one of the highest honors in the field.

Another ASLA accredited project, Shanghai Houtan Park, transformed a former industrialized site into a water treatment center, which cleans up to 634,000 gallons of water daily from Shanghai’s Huangpu River. Using “reclaimed industrial structures and materials, constructed wetlands and urban agriculture,” Houtan Park serves as both an aesthetically stimulating environment for those who live in the city and an innovative water management ecosystem. Today it functions as a permanent public space, after initially accommodating visitors as part of the 2010 Shanghai Expo.

Not long after the completion of these projects, Yu’s model began to attract international attention and Turenscape was soon receiving commissions from overseas. One of their more celebrated international designs — Kaban Lake Waterfront Project in Kazan, Russia — profoundly changed an abandoned urban landfill into a neighborhood park. Completed within a year, the park attracts more than 50,000 visitors daily. 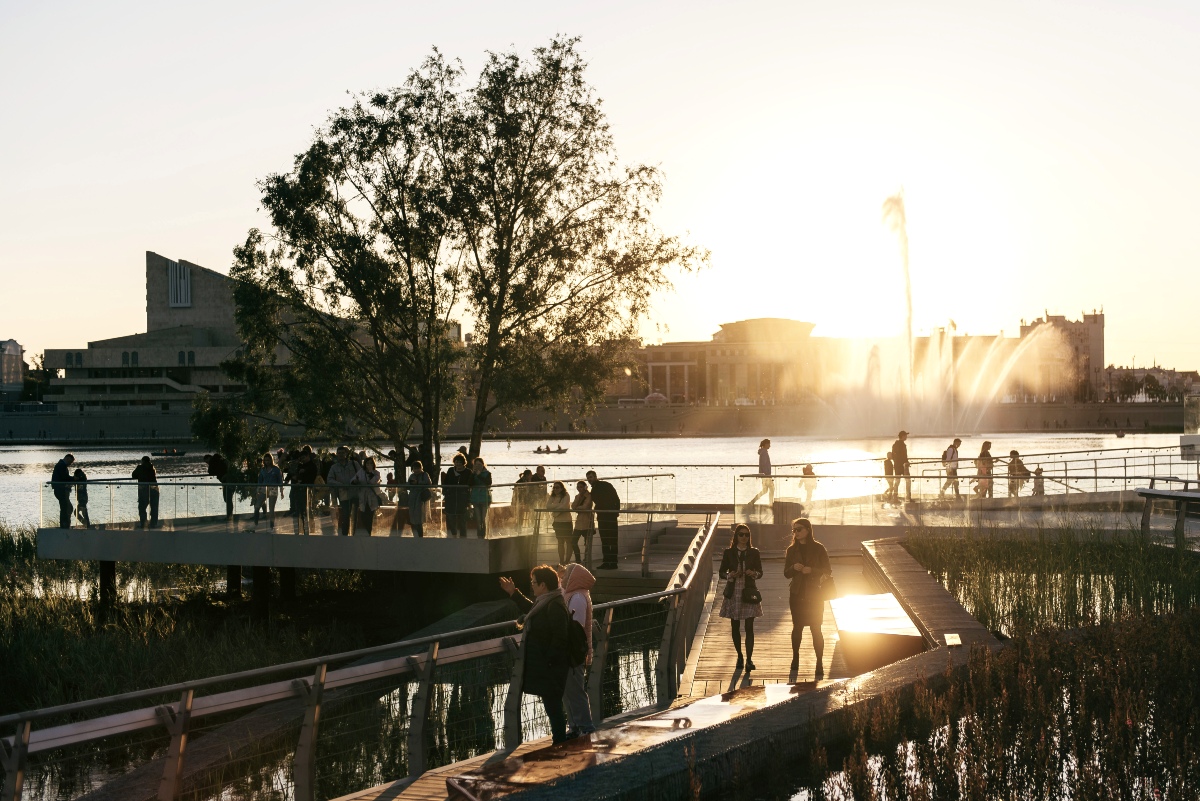 Part of Yu’s success in China has been his ability to have the ears of the country’s top leadership. After being implemented as an integral part of China’s “ecological civilization” movement — which effectively made sustainability part of nationwide urban planning policy — Yu says that the model was more quickly implemented into a wider range of projects. He adds that he has delivered over 300 lectures to mayors around China, and a book documenting the subsequent conversations with these figures has been reprinted over 15 times. The book was later published in English as Letters to the Leaders of China: Kongjian Yu and the Future of the Chinese City in 2018.

The sponge city model has transformed China in other ways as well. Professionally, it has helped redefine urban landscape architecture by presenting ways of working across different disciplines — hydrology, landscape, and engineering, to name three. These practices have also aided the improvement of national codes in China, for which Yu himself has joined the revision force. 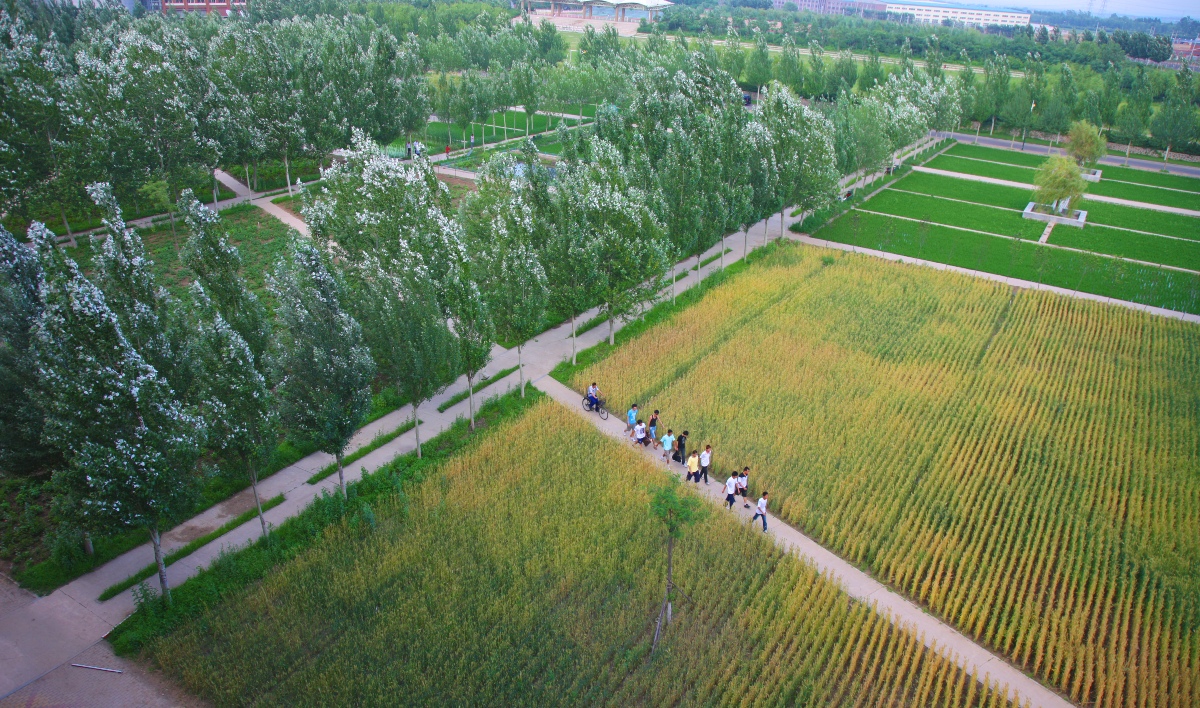 Because of Yu’s approach to restoring natural systems over man-made concrete and pipelines, as well as his advocacy for “negative planning” — a term he invented for putting green spaces at the core of city planning — he has been attacked by some critics within China that call him an “American spy” that “betrays Chinese culture and industrialization.”

“They resist changing the intellectual infrastructure,” says Yu. “We are moving towards a new way of life, but are still struggling with these old intellectual systems.”

Yu believes that there are still lasting misconceptions about modern landscape architecture in China, especially in the eyes of those in the US and Europe. He says:

“What the majority of Western scholars and professionals think of China still remains in the Qing Dynasty. They only care about Suzhou and the royal classical gardens. There is so much more beyond that.” 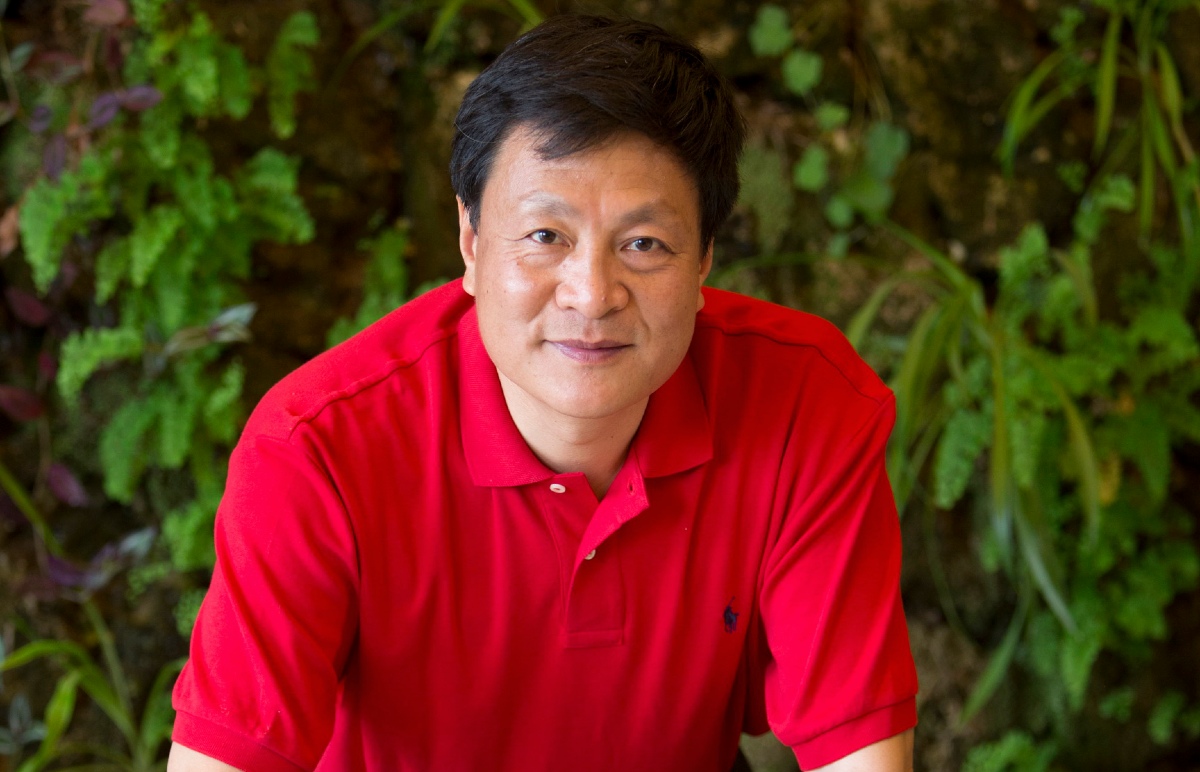 He hopes that sponge cities can have a much-needed impact in developing countries — especially in southeast Asia, where flooding is more frequent partly because of seasonal heavy rain and the region’s tropical climate. “I am confident that, if you ask me what China can contribute to global issues, the sponge city concept is one of them,” he says.

In addition to sponge cities, Yu recently launched a pilot project promoting sustainable lifestyles in a remote village in the area surrounding Huangshan, a popular mountain in eastern China’s Anhui province. The project, called Wangshan Life (望山生活), is essentially a self-sufficient commune offering an alternative to inner-city life but also a means for revitalizing rural communities. “Here I’m exploring a new way of building,” says Yu. “We have renovated some village buildings, changed these buildings into hotels, schools, a forum, a bookstore. People here are so happy.”

This includes Yu’s own employees — Wangshan Life also currently doubles as the temporary home for Turenscape and its programs away from their Beijing headquarters amid the Covid-19 pandemic. 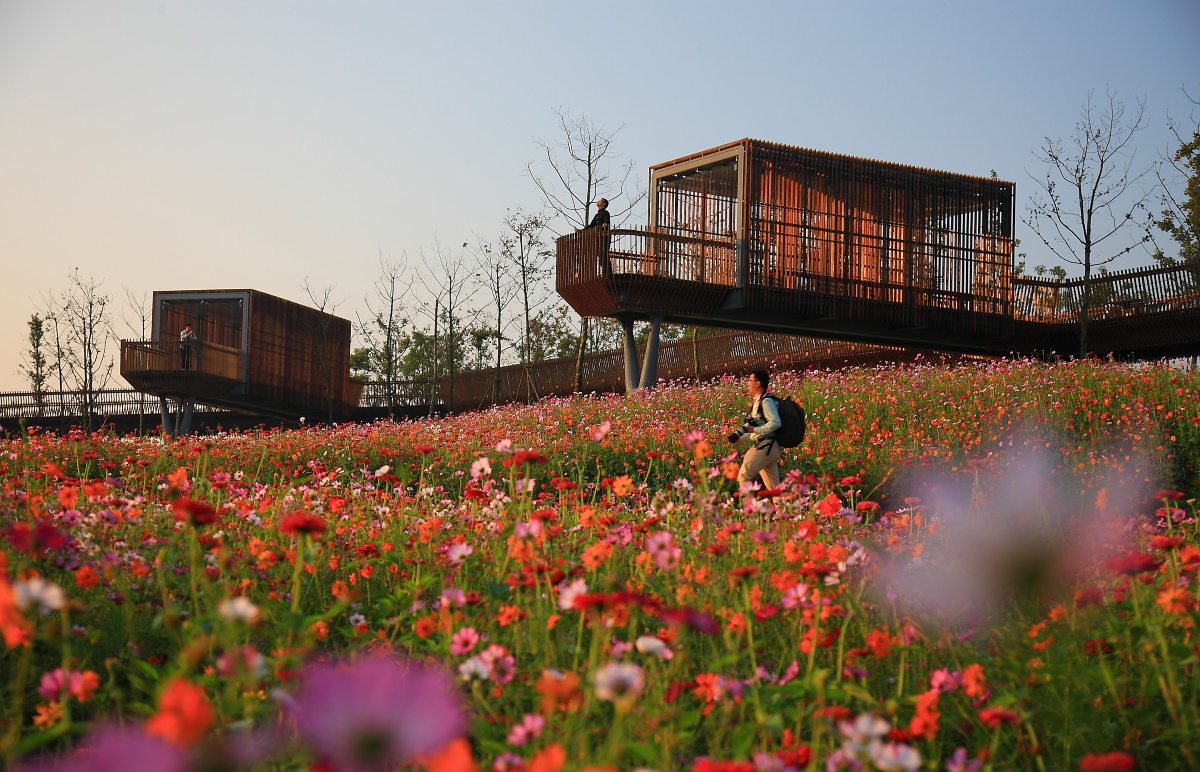 In addition to spurring his company’s relocation, the virus has in some regards given Yu’s work new impetus. Many of us have likely come across before-and-after images since the outbreak of Covid-19 showing the drastic decline in air pollution levels around the world, starkly spotlighting the impact of our industralization and development on the environment.

Concepts such as Dr. Yu’s sponge city model challenge us to rethink our relationship with nature. At the end of day, we need it more than it needs us.