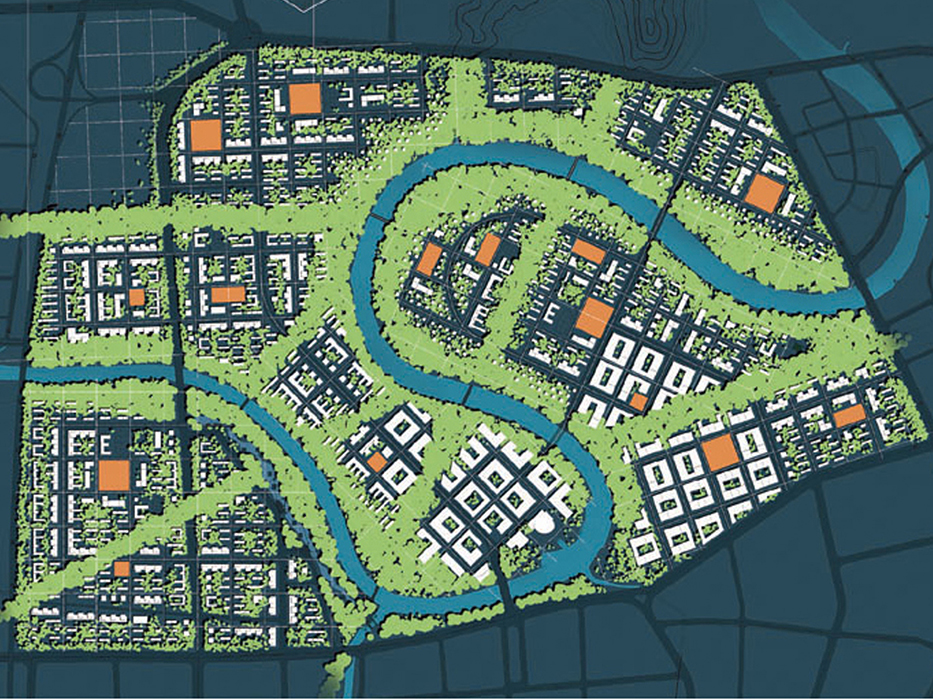 The urbanization in China increases about 1% annually. There is less than about 40% of the nation’s 1.3 billion population now inhabiting urban areas, and this number will increase to more than 70% in the coming 15-20 years with cities sprawling at an unprecedented speed. In the east coast area, where this project is located, the cities grow even much faster. In this process, land is taken over indiscriminately for infrastructure construction and urban development. As a result, the wetlands and water system on the land were destroyed and polluted, native habitats and biodiversity are getting lost, the hazards of flood, drought hazards and diseases are increasing, and the cultural identity of the landscape is getting lost.

As a traditional approach, greenbelts were planned to stop the urban sprawl, but more than often they are realized only on paper. One of the main reasons for the failure of greenbelt concepts is that they are usually planned more artificially and arbitrarily than the urban development itself, with functions only as barriers to stop the urban sprawl processes. New and effective tools have to be developed to address a wise and sustainable development of the limited land.

Taizhou is located at the southeast coast of China, with a total area of 9411 square kilometers, and a population of 5.5 million. Among them only 0.7 million people are now living in the urban area, and the urban population will increase to 0.9 million in 2010, 1.3 million in 2020, and 1.5 million in 2030. Though quite rural and agricultural, it is now one of the fastest growing areas in China due to the booming of the small private industries. Under the influence of the monsoon climate and being adjacent to the east sea, flooding has been a major hazard. As an adaptation to the storm water and flood problem, the landscape has been shaped into a unique form featured with a network of water courses that integrate natural water systems, wetlands and man-made ditches, as well as cultural heritages such as bridges, dikes, dams, and vernacular landscapes. This area has long been famous for the rice, fishery and citrus. It is also critical to keep in mind that arable and developeable flat land is very limited in this area.

This water network landscape, which has been effective in safeguarding the agricultural processes for thousands of years, is now facing the challenge of being destroyed by the speedy urbanization process beginning in the earlier 1990s. The wetlands have been filled, rivers have been straightened and channelized, cultural heritages that are not listed as protected historical relics have been destroyed, and visual and recreational experiences have been totally ignored.

In addressing the above situations, a project was outlined to guide the urban sprawl and safeguard the sustainability of the living land, using a minimum amount of land for the natural and ecological considerations.

In this project, the planners take land as a living system, and develop an ecological infrastructure (EI), to guide and frame the urban sprawl. The EI is defined as the structural landscape network that is composed of the critical landscape elements and spatial patterns that are of strategic significance in safeguarding the integrity and identity of the natural and cultural landscapes and securing sustainable ecosystem services, protecting cultural heritages and recreational experience.

Three categories of processes are targeted to be safeguarded by the ecological infrastructure: