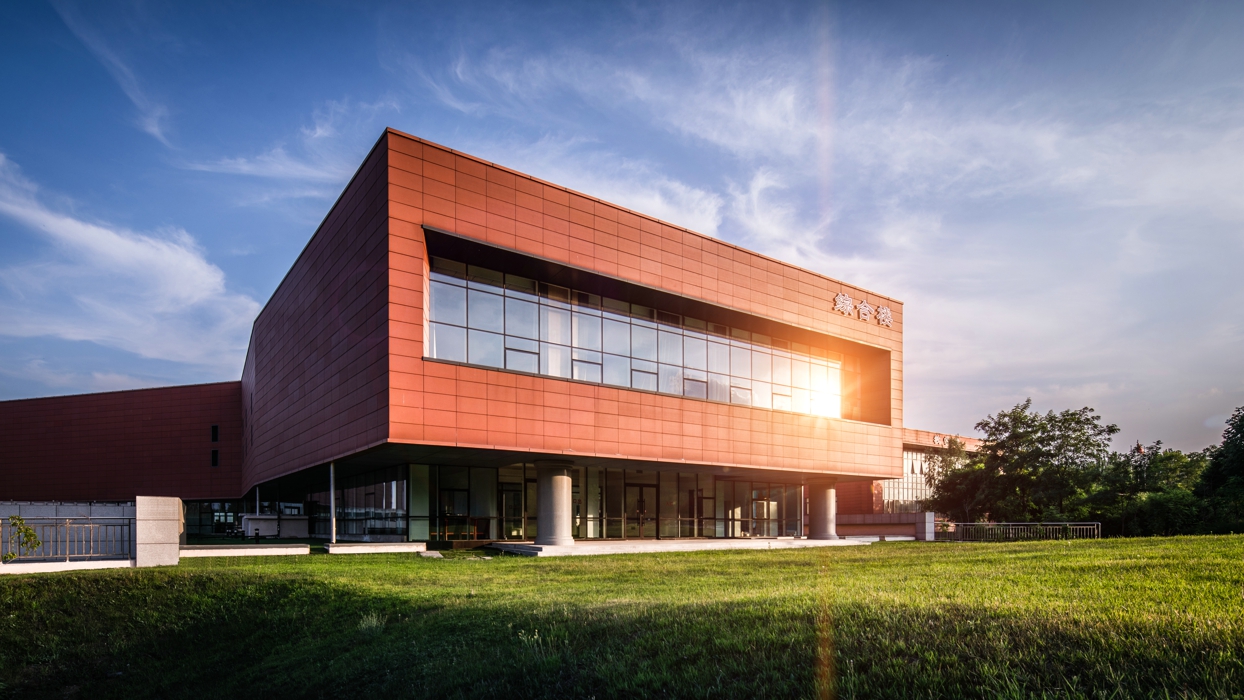 We intend to create a campus full of modern flavor but with great harmony between human and nature. It should reflect the local culture, with its own environmental characteristics, and it must be both economical and practical. In order to achieve that, the principles below are followed during the planning process: design with natural characters; out of the nature, but into the nature. Assembling parts into a whole, architectural distribution is relatively concentrated, and courtyard layout is adopted. Buildings face towards the east and the west, reducing visual barrier of the north-south view corridor. Half-covered in earth, buildings are organically integrated with terrain. Buildings built on stilts minimize the depredation of existing plants.

Four major features of the plan are listed below:
1. Terrain
The terrain pattern full of local characteristics is reserved so that the sense of wildness is kept as well. Buildings are located at the foot of semi-ring shaped mountain, surrounding the centre valley which will be the main open space of the campus. And a gully is restored and reused as the main landscape corridor through the campus.
2. Open Spaces
Modern design language is used to design the open spaces following the natural terrain while accenting the mountain shape character. Several green belts arrange gradually downwards the mountain. A ring constructed on the basis of the former road connects all functional zones. It is designed to reduce vehicle speed in the way of following the terrain.
3. Water
The gully in the middle of the site is restored and designed to be falling water, where the main spaces for activities are located nearby. It is not only the natural separation between living zone to the east and studying zone to the west, but also a connector between artificial environment and the natural environment.
4. Perspective
Viewing on the top of the hill towards the Hun River to the south of the campus, it is wide and endless. But viewing from the North Gate on the bottom of the valley, there is thick forest in which buildings are hidden partly.
Comment(3) Share